The Virtue and Benefits of Hajj

Make your trip more rewarding by understanding the religious significance of the symbols and signs of Hajj and Umrah. 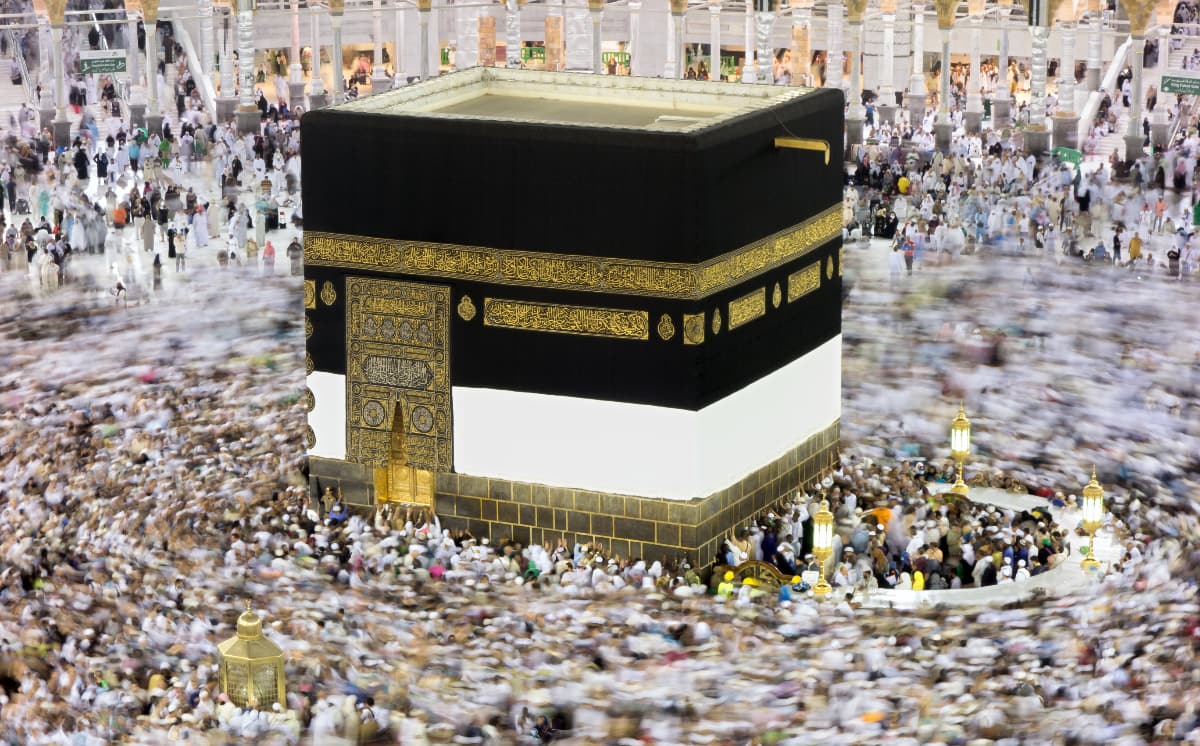 The Virtue and Benefits of Hajj

Make your trip more rewarding by understanding the religious significance of the symbols and signs of Hajj and Umrah.

Hajj is one of the great pillars of Islam. God made it obligatory on Muslims capable of making it to do so, saying: “And for God is pilgrimage to the House, for whoever finds means to do so, but whoever disbelieves then, God is free from need of the worlds. [Quran 3: 97] Generations have continued to perform Hajj since Abraham raised the foundations of the House and called people to it, and will continue until the Last Day, when God will take the souls of the believers.

The virtues of Hajj are many and variable

Hajj is one of the best acts of obedience an individual can perform. A number of virtues are related to making pilgrimage to Makkah and performing Hajj. Abu Hurayra narrates that the Prophet said, “One ‘Umra to another is a redemption for sins committed between them, and there is no reward for a valid and accepted Hajj except Paradise.” [Al-Bukhari and Muslim]
Another virtue of Hajj is that it removes both poverty and sin. Ibn Mas’ud and Ibn ‘Umar narrated that the Prophet said: “Perform Hajj and ‘Umra successively for they remove poverty and sin just as fire removes impurities from iron.” [Al-Tirmidhi, Ibn Majah]

It is obligatory on each Muslim who is physically and financially able to hasten to perform the Hajj before he will be unable to do so. The Prophet said: “Whoever intends to perform the Hajj should hasten to it; for one could get sick, his mount could be lost, or he could face poverty and need.” [Sahih Al-Jami’]

Glad tidings for those who are unable to perform the Hajj

For those unable to make Hajj, there is a reward equal to the reward of Hajj; on the authority of Anas that the Prophet said: “Whoever performs the Fajr in congregation, then sits to remember God until the sun rises, and then performs a two-rak’a prayer, his reward will be equal to that of Hajj and ‘Umrah, complete, complete, complete.” [Al-Tirmidhi]

As these texts indicate, performing Hajj has great virtues, the greatest being forgiveness for ones sins. There are many benefits from performing Hajj, things that each person can walk away with having taken a lesson from the acts and rituals performed during Hajj.

Firstly, a Muslim performing Hajj learns to honor the symbols of God. God says, “The first House established for mankind was that at Becca—blessed and a guidance for the worlds. In it are clear signs: the standing place of Ibrahim. Whoever enters it shall be safe.” [Quran 3: 96-97] In witnessing these signs, you are reminded of the history of Islam and the struggle for faith, as found in the story of Abraham. God says, “Whoever honors the Symbols of God—indeed, it is from the piety of hearts.” [Quran 22: 32]

Secondly, the person making Hajj learns to value of compassion and love among the Muslims. Despite the differences in language, color, and nationality, all Muslims gather in one place, supplicate only one God, and circumambulate only one House. This contributes to uniting their goals and purposes, teaching them to feel and act as one person. The Prophet said: “The believers in their mutual kindness, compassion and sympathy are just like one body. When one of the organs suffers, the whole body responds to it with wakefulness and fever.” [Muslim] The Prophet said: “The Muslims; their lives are equal, they are united against those that oppose them, the protection offered by the humblest of them is inviolable, and they share with those not with them.” [Ibn Majah] The hajj reflects the strength and unity of the Muslim Ummah. God says, “We made the House a place of return for the people and a refuge.” [Quran 2: 125]

Another benefit of Hajj is the emulation of Ibrahim and his son, Isma’il, and the practice of Prophet Muhammad, recalling these memories and actions. God says, “And when Ibrahim raised the foundations of the House along with Isma’il: ‘Lord, accept from us. You are the Hearing, the Knowing. Our Lord, make us Muslims for your sake and from our descendants a Muslim nation in submission to You. And show us our rites and accept our repentance. You are the accepting of repentance, the Merciful. Our Lord, and send among them a messenger from themselves who will recite to them Your verses and teach them the Book and wisdom and purify them. You are the Exalted in Might, the Wise.” [Quran 2: 127-129]

During the Farewell Hajj the Prophet said, “You are heirs to the heritage of your forefather Ibrahim.” [Abu Dawud] The Prophet said: “Learn your rituals of Hajj from me, for I may not meet you again in this place after this year.” [Muslim]

Throughout all the rituals and actions of the Hajj, one confirms the oneness of God and performs them with the sole intention of obeying God and following the example of the Prophet. “They are those who God had guided, so follow that guidance.” [Quran 6:90]

Back to the Guide >
Disclaimer: MyWassiyah and its affiliate entities are not a law firm, do not provide any legal advice, and are not a substitute for attorney's advice. MyWassiyah provides self-help services at your specific direction. Although all communications with MyWassiyah are protected by our Privacy Policy, communication with MyWassiyah is not protected by the attorney client privilege and does not create an attorney client relationship. We cannot provide any kind of advice, explanation, opinion, or recommendation about possible legal rights, remedies, defenses, options, selection of forms or strategies. Your access to the Site is subject to our Terms of Use.